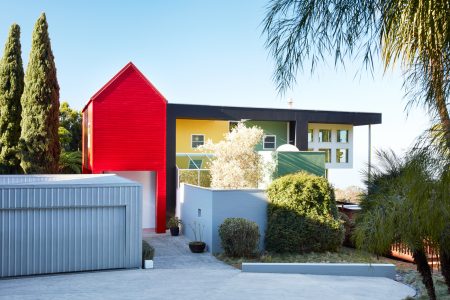 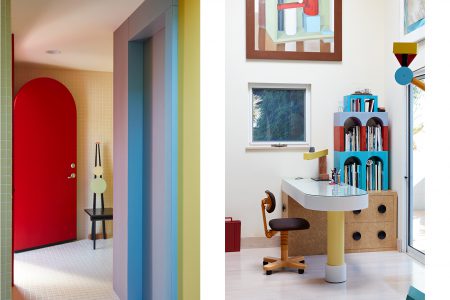 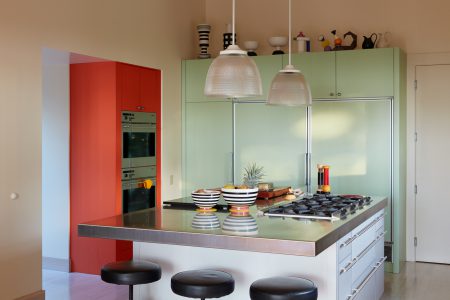 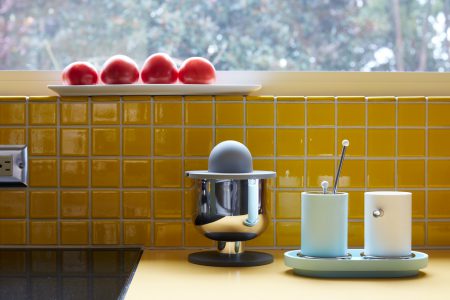 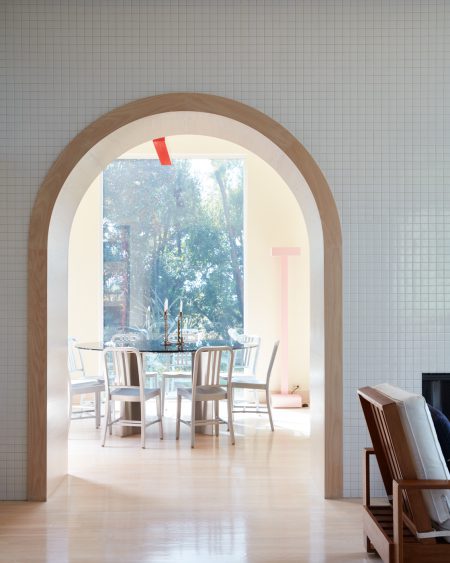 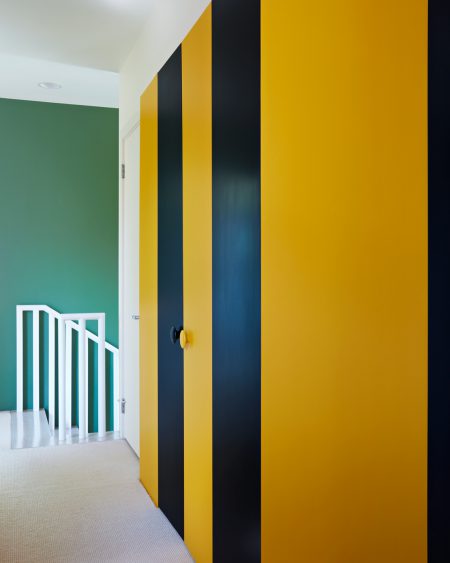 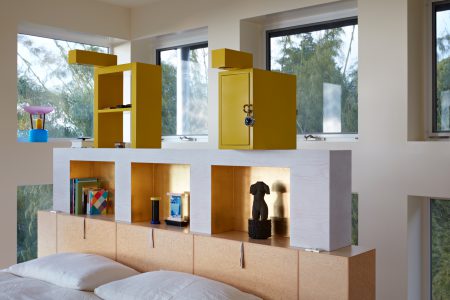 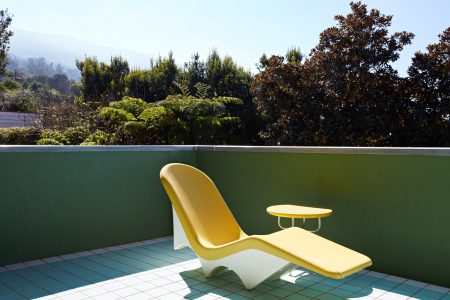 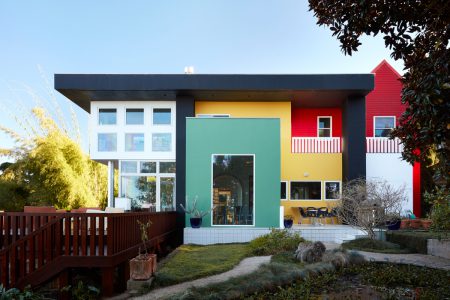 About/ A collage of brightly colored geometric volumes comprise the Ettore Sottsass–designed residence of Lesley Bailey and Adrian Olabuenaga, proprietors of jewelry and accessories company ACME Studio. Completed in 1997, it’s one of few private commissions designed by the Italian architect, who passed away in 2007.